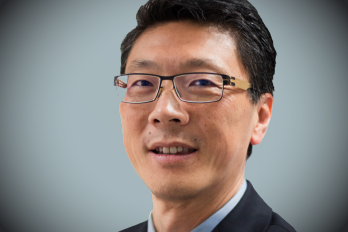 Warren joined ISS in 2017 as Head of Asia ex-Japan Research. He leads the Asia ex-Japan research teams in support of ISS’ mission of empowering investors to effectively manage governance opportunities and risks to realize long-term value, as well as interfacing with investors, companies and others seeking to engage with ISS in these markets. As a member of ISS’ Global Policy Board, he also focuses on ensuring that ISS’ voting policies and guidelines for Asian markets are consistent with local and regional governance best practices.

He is a frequent speaker on Asian corporate governance and related matters with recent appearances before the Thailand Securities and Exchange Commission, The Korea Exchange, and the Taiwan Depository & Clearing Corporation, among others. He is also a contributor to the press with his expert commentary featured in Bloomberg News and other outlets.

Previously, Warren spent 12 years with Glass Lewis where he built and managed the firm’s M&A and proxy contest team. Warren also developed the firm’s quantitative executive compensation analysis framework and led the expansion of its pay-for-performance coverage universe. Prior to his career in corporate governance, Warren was an investment banker for UBS where he focused on the technology sector. Earlier, Warren was an engineer at The Boeing Company.

Warren is a graduate of Massachusetts Institute of Technology where he received BS and MS degrees in Aeronautics and Astronautics. Warren also holds an MBA degree in Finance from University of California, Berkeley.