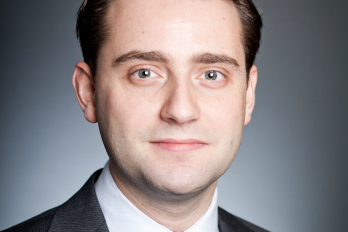 Robbert Gerritsen serves as Head of Continental European Research (ex France) in Brussels leading a team of analysts covering key European capital markets, including the Netherlands, Belgium, Italy, Spain, and Nordic region. Since joining ISS in 2010, Gerritsen has held roles of increasing responsibility within the Research organization while also representing ISS as a speaker and panelist at industry events. He is a member of ISS’ European Policy Committee and plays an active role in the formulation of ISS benchmark voting policy for continental Europe.

Gerritsen also has been instrumental in the development of ISS’ European pay-for-performance methodology, helping to design a quantitative model now used to measure the alignment between pay and performance that, as of 2017, applied to nearly 1,200 publicly traded companies across the region.

Gerritsen previously worked as a credit analyst for Xerox in Dublin, Ireland, and holds degrees in Business Economics and Political Science.