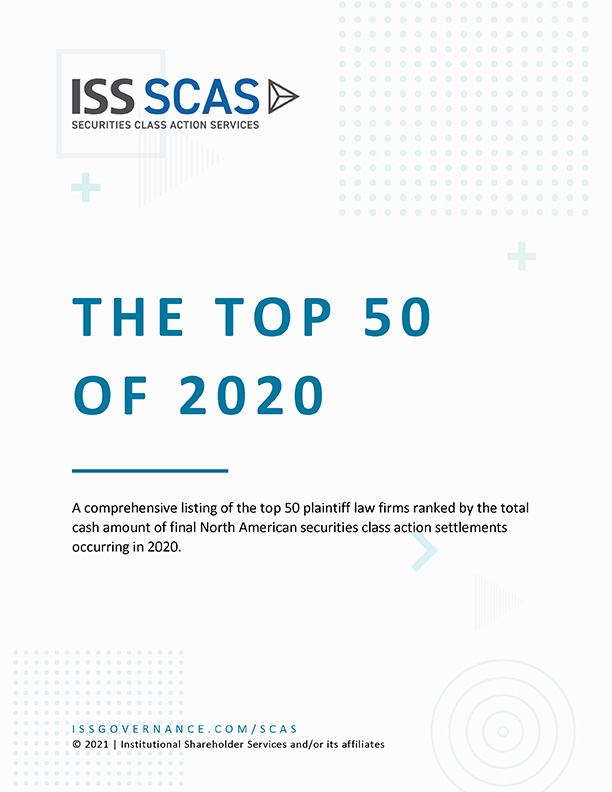 This report lists the top 50 plaintiffs’ law firms ranked by the dollar value of final class action settlements in which the law firm was appointed as lead or co-lead counsel and ranks the top ten law firms based upon the number of settlements represented for the year.