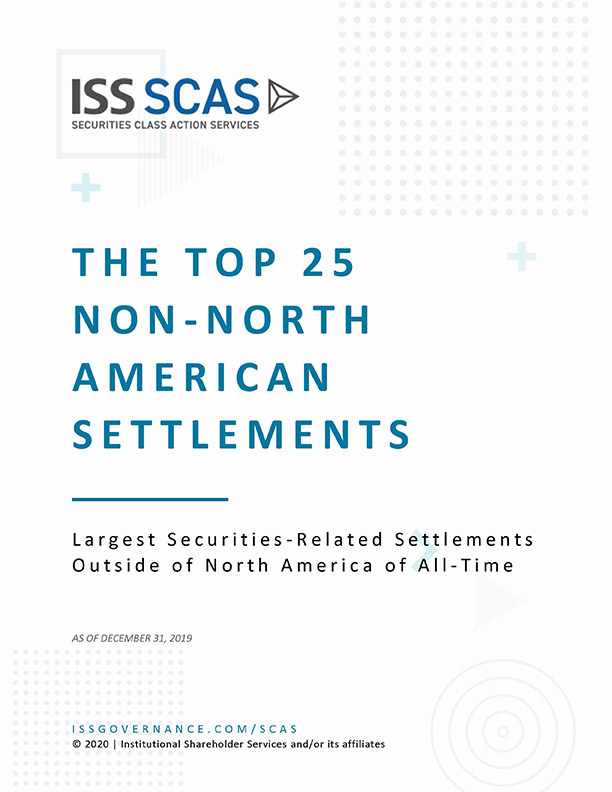 In the wake of the 2010 U.S. Supreme Court decision in Morrison v. National Australia Bank Ltd., securities litigation outside North America changed significantly.  Morrison markedly reshaped the class action industry around the world including, critically, for foreign investors who previously relied upon the North American class action regime to recoup lost assets stemming from securities fraud.  As a result of Morrison, foreign investors are now able to fulfill their stockholder duties by pursuing a collective redress in an overseas court. Despite the uncertainties in different jurisdictions that allow collective redress around the globe, foreign investors increasingly recognize the need to action and recover losses from securities fraud.  Dating back to 1998, ISS Securities Class Action Services (ISS SCAS) has tracked and ranked the Top 25 Largest Securities-Related Settlements Outside of North America