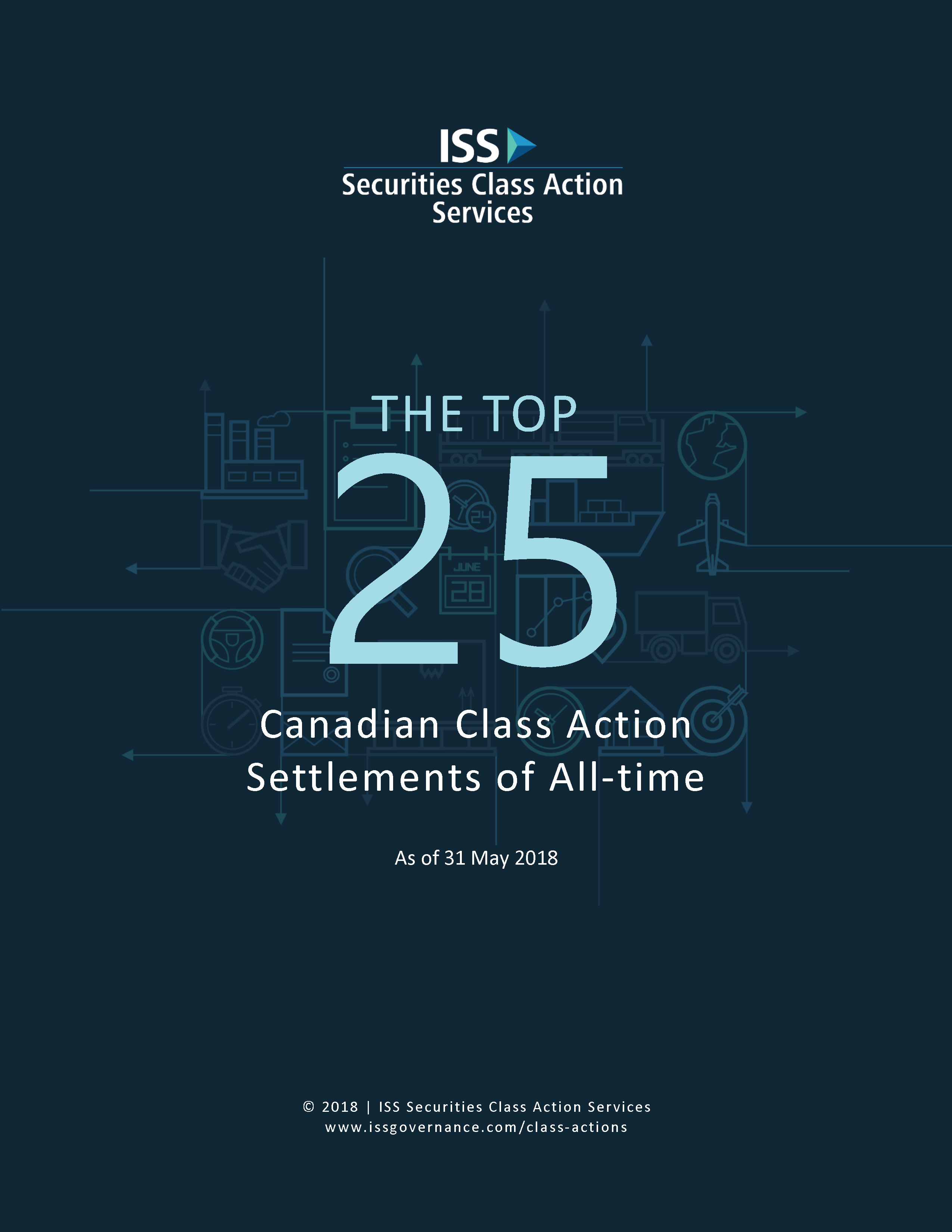 Securities class action lawsuits were first permitted in Canada when in 1978 the province of Quebec ushered in enabling legislation.  Since then, the country’s other provinces and territories with financial centers have followed suit. The requirements in raising a securities class action claim are broadly similar for all Canadian provinces and territories; however, there are no coordination procedures for class actions filed in multiple jurisdictions (except when it reaches a settlement) as is found in the U.S.

Having tracked litigation in Canada for more than 20 years, ISS’ Securities Class Action Services (SCAS) recorded 172 cases filed in that market dating back to 1997.  Of the 172 cases, 91 have settled, 60 remain engaged in ongoing proceedings, and 21 have been dismissed.