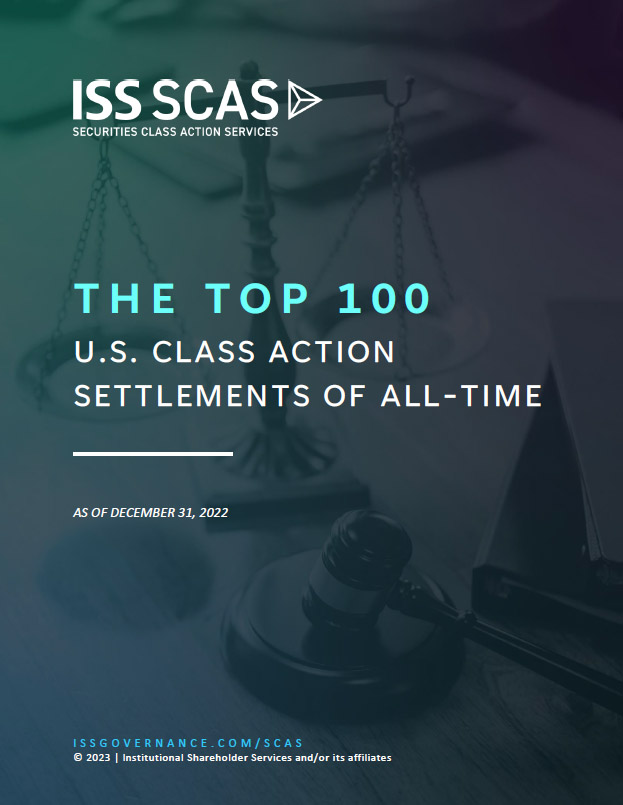 For the second year in a row, two of the settlements in the calendar year delivered significant settlement amounts to be included within this Top 100 publication of the largest U.S. settlements of all-time. These two class action resolutions include: