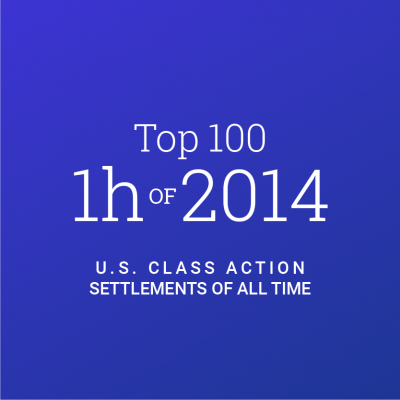 In the last edition, the ISS Securities Class Action Services, LLC, Top 100 Settlements for 2H 2013 closed with the addition of 14 settlements with a total settlement value of $8.1 billion in 2013. Of the total, 89 percent stemmed from allegations of violations of Employment of Manipulative and Deceptive Practices while 98 percent of the settlements were filed in Federal Courts.