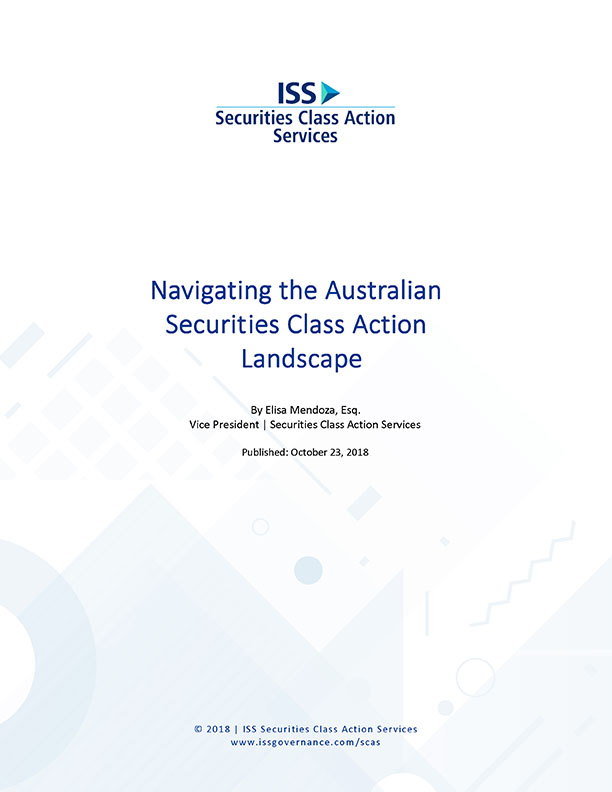 Outside of North America, observers now largely agree that Australia is the jurisdiction in which a corporation is most likely to find itself defending against a class action. Indeed, the number of Australian securities litigation cases has grown markedly in recent years. In 2008, just six (6) cases were filed or investigated to be filed. As of September 2018, and by contrast, twenty-two (22) securities class actions are either being investigated to file or already have been filed in the Courts of Australia with three months remaining before year’s end.