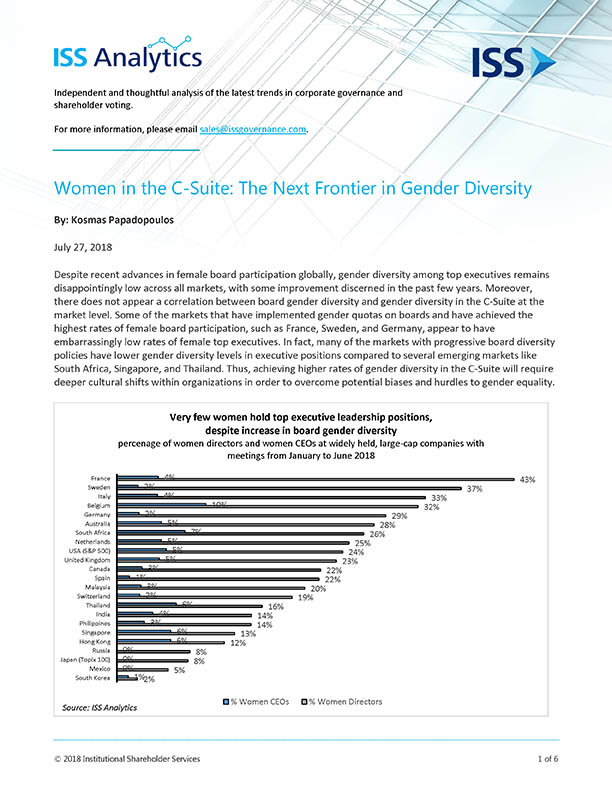 Women in the C-Suite: The Next Frontier in Gender Diversity

Despite recent advances in female board participation globally, gender diversity among top executives remains disappointingly low across all markets, with some improvement discerned in the past few years.

Thus, achieving higher rates of gender diversity in the C-Suite will require deeper cultural shifts within organizations in order to overcome potential biases and hurdles to gender equality.