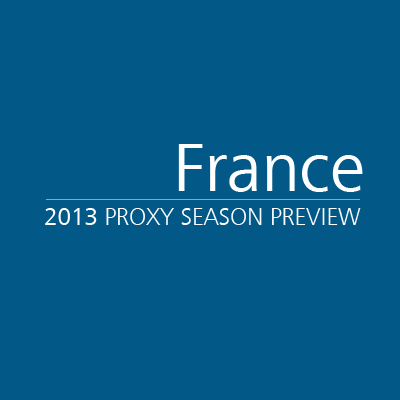 France is expecting a draft law that could overhaul its legal framework on corporate governance. The number of topics included in the draft law is expanding day by day. Contrary to what was initially envisaged, the change is no longer limited to the introduction of a say-on-pay vote, but could impact, among other issues, the one-share, one-vote principle and the comply-or-explain system.

Considering the absence of any legal requirement on a say-on-pay vote for the 2013 voting season, shareholders should be focused on certain recurrent compensation practices below French market standards.

The AMF plays a major role in the improvement of corporate governance in France, notably with its annual report which puts increasing pressure on issuers.