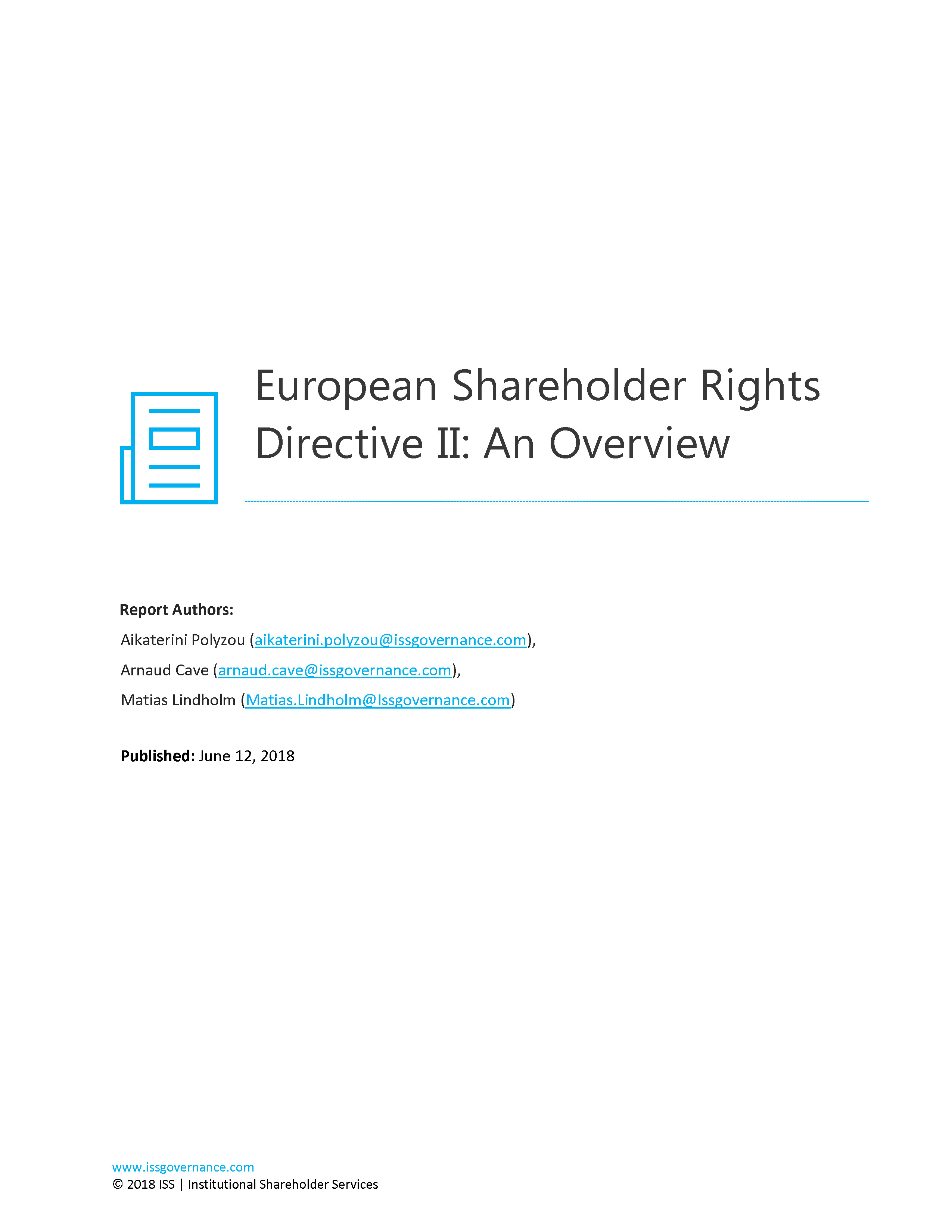 In response to the global financial crisis, the European Commission proposed, in April 2014, a revision of the original 2007 Shareholder Rights Directive.

The revised Shareholder Rights Directive (“SRD II”), which entered into force in June 2017, mainly aims to reinforce effective and long-term shareholder engagement and monitoring of company performance, which were perceived insufficient and inadequate during the crisis when many companies were found to have assumed excessive risks in the pursuit of short-term returns.