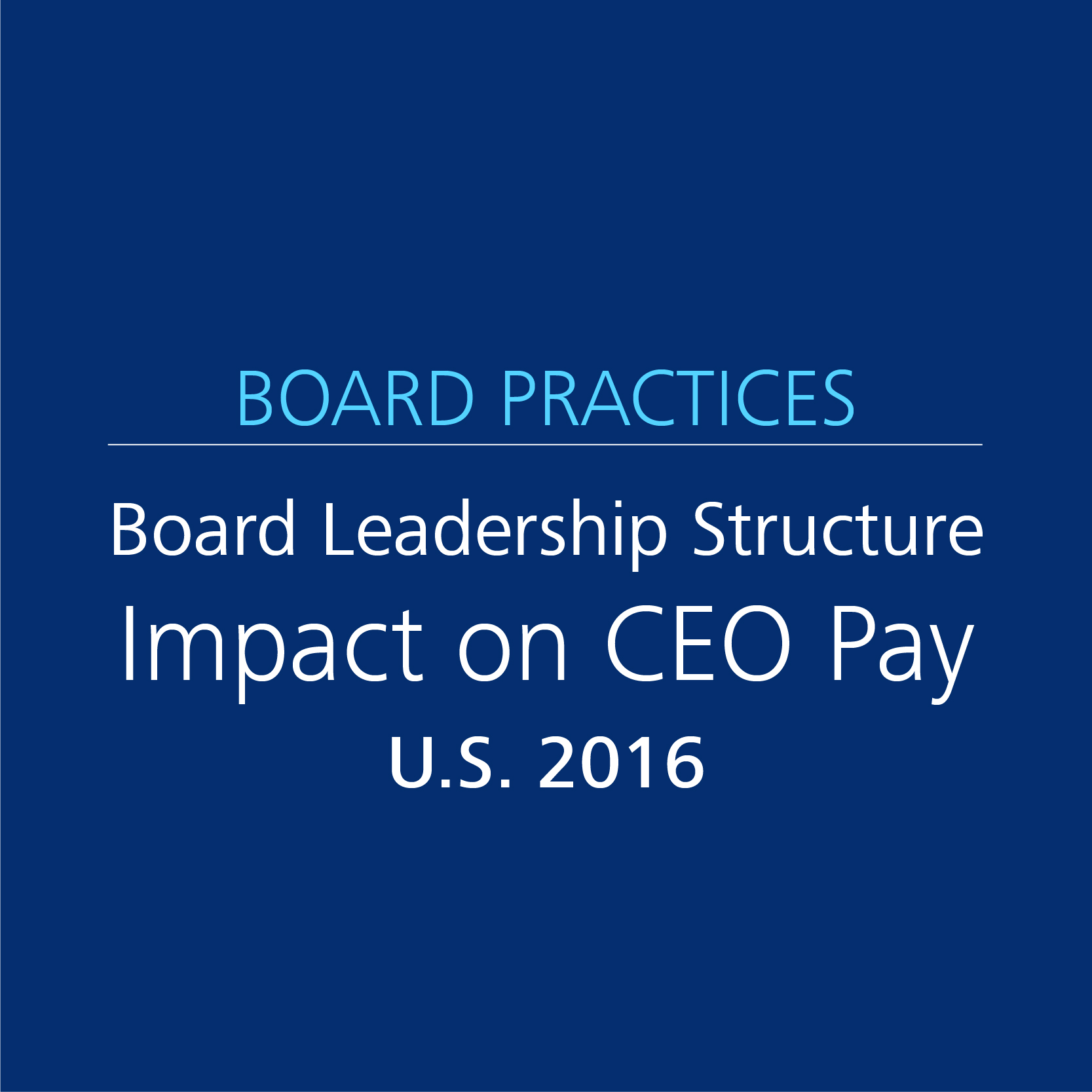 We examine the relationship between board leadership structure and average CEO pay at S&P 500 companies over a 3-year period. Using both empirical examination and single and multivariate regression analysis, we find that board leadership has a significant impact on CEO pay, with separate but “insider” chairmen overseeing the highest paid CEOs, followed by the combined chair/CEO role, then outsider but “affiliated” chairs. CEOs of companies with independent directors serving as board chair received the lowest pay packages, on average, over the study period. While company revenue also shows significant association with CEO pay, other potential factors tested — relative performance (indexed TSR), CEO tenure, and the presence of a new CEO – did not. Based on evidence from this analysis, it appears that independent board chairs may provide the most effective check to the CEO, at least in terms of compensation determination.