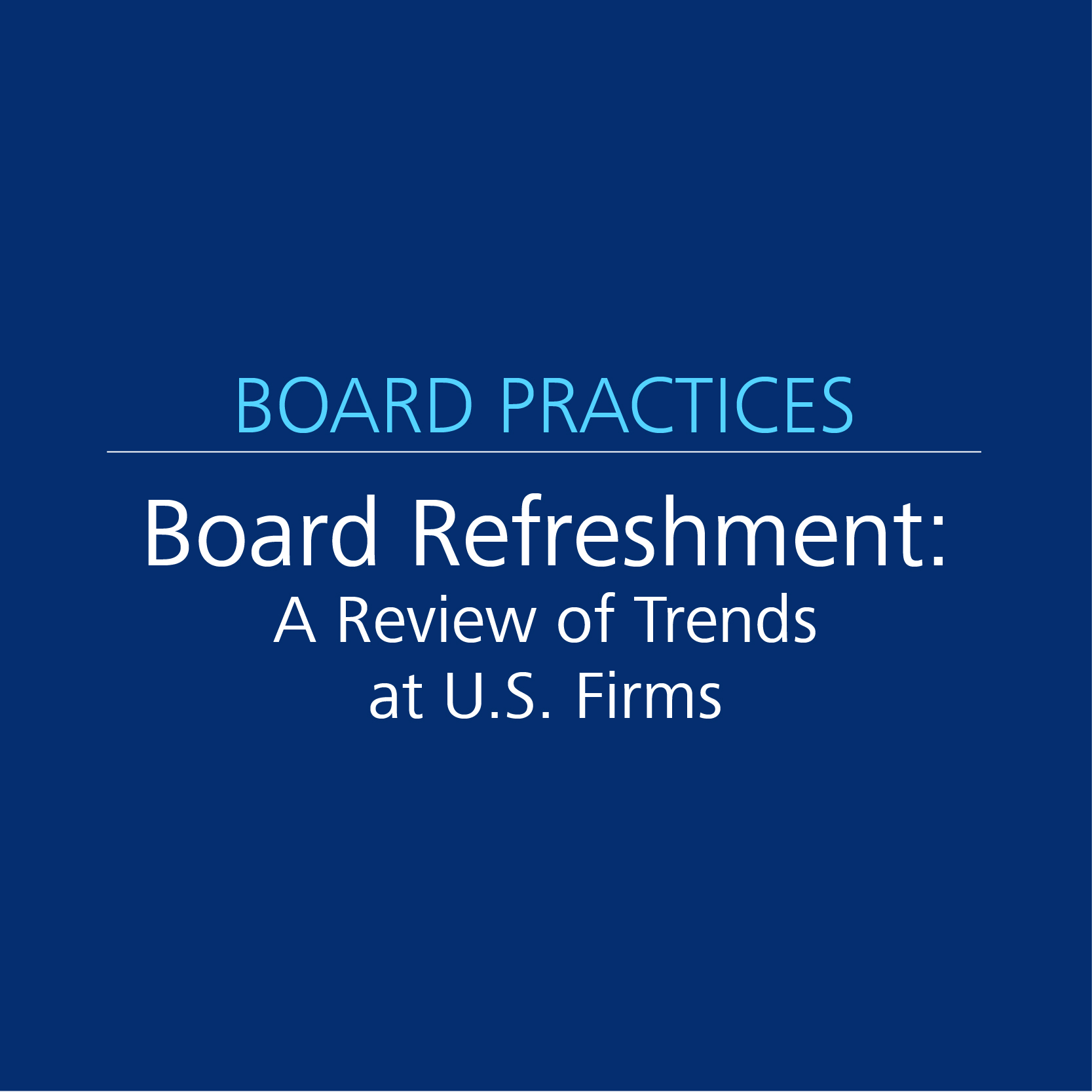 Concerns over lengthy director tenure, low boardroom turnover rates, and slow progress on the diversity front—to include gender, race, ethnicity, and experience—are coming together under the broad banner of “refreshment.” Investors’ calls to refresh boards reflect widespread concerns over the apparent absence of robust boardroom succession planning. While most directors cite the critical importance of robust boardroom evaluations to manage turnover, many boards still appear to use mandatory retirement ages as the primary impetus for bringing in fresh faces and new perspectives. This report examines rates of refreshment against the backdrop of efforts to promote greater board diversity at U.S. companies between 2008 and 2014.