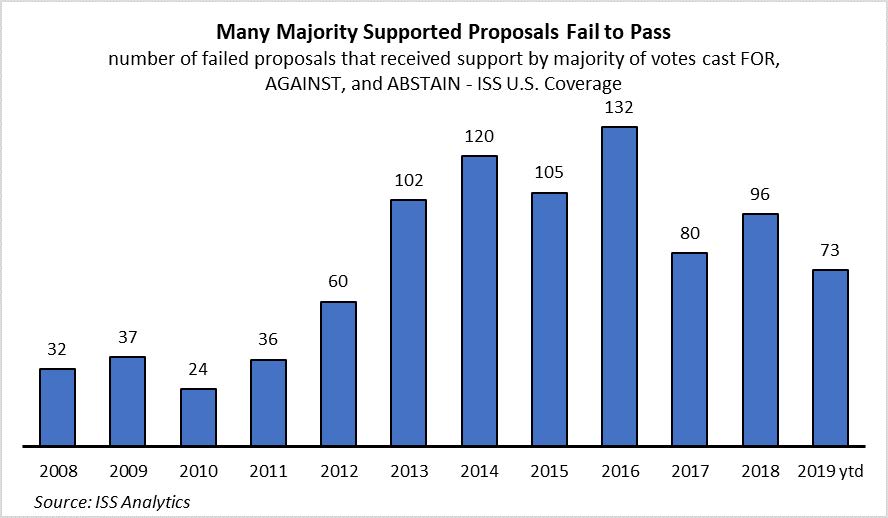 At the general meeting of Tesla Inc. on June 11, 2019, two management proposals seeking to introduce shareholder-friendly changes to the company’s governance structure failed to pass, despite both items receiving support by more than 99.5 percent of votes cast at the meeting. To get official shareholder approval, the proposals needed support by at least two-thirds of the company’s outstanding shares. However, only 52 percent of the company’s share capital was represented at the general meeting; based on turnout alone, there was no possible way for the proposal to pass.

Vote requirements in the U.S. can be mindboggling to anyone unfamiliar with governance practices and proxy voting. This article provides an overview of some important factors to consider when assessing proxy vote results and meeting agendas in general. We highlight the following key takeaways: