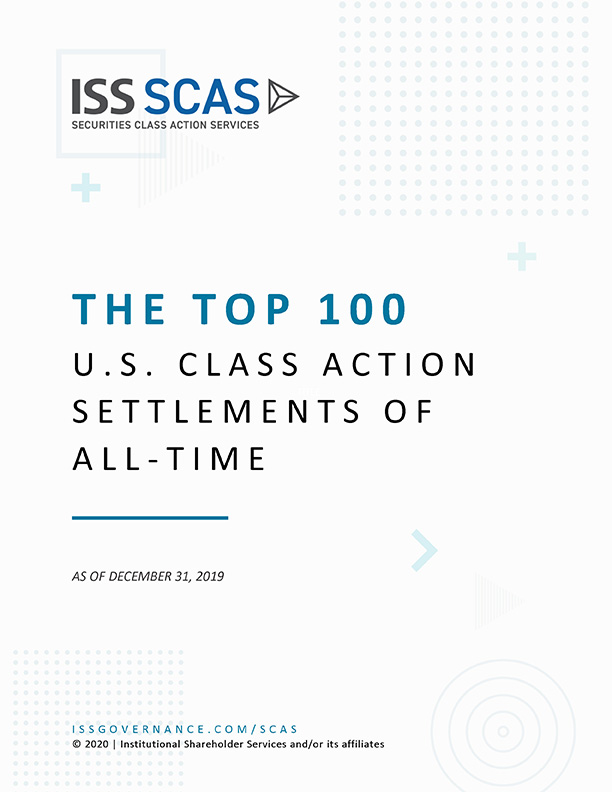 During 2019, ISS Securities Class Action Services (ISS SCAS) recorded 101 approved monetary settlements filed in the United States (U.S.) valued at $3.17 billion, that are available for distribution to parties in each settlement. Only two settlements were large enough to qualify for the Top 100 list:

The 2019 totals are a significant decrease compared with 2018 when U.S. securities class actions totaled $5.84 billion from 126 approved settlements. One action, the $3 billion Petrobas settlement, accounts for much of the disparity between the two years.