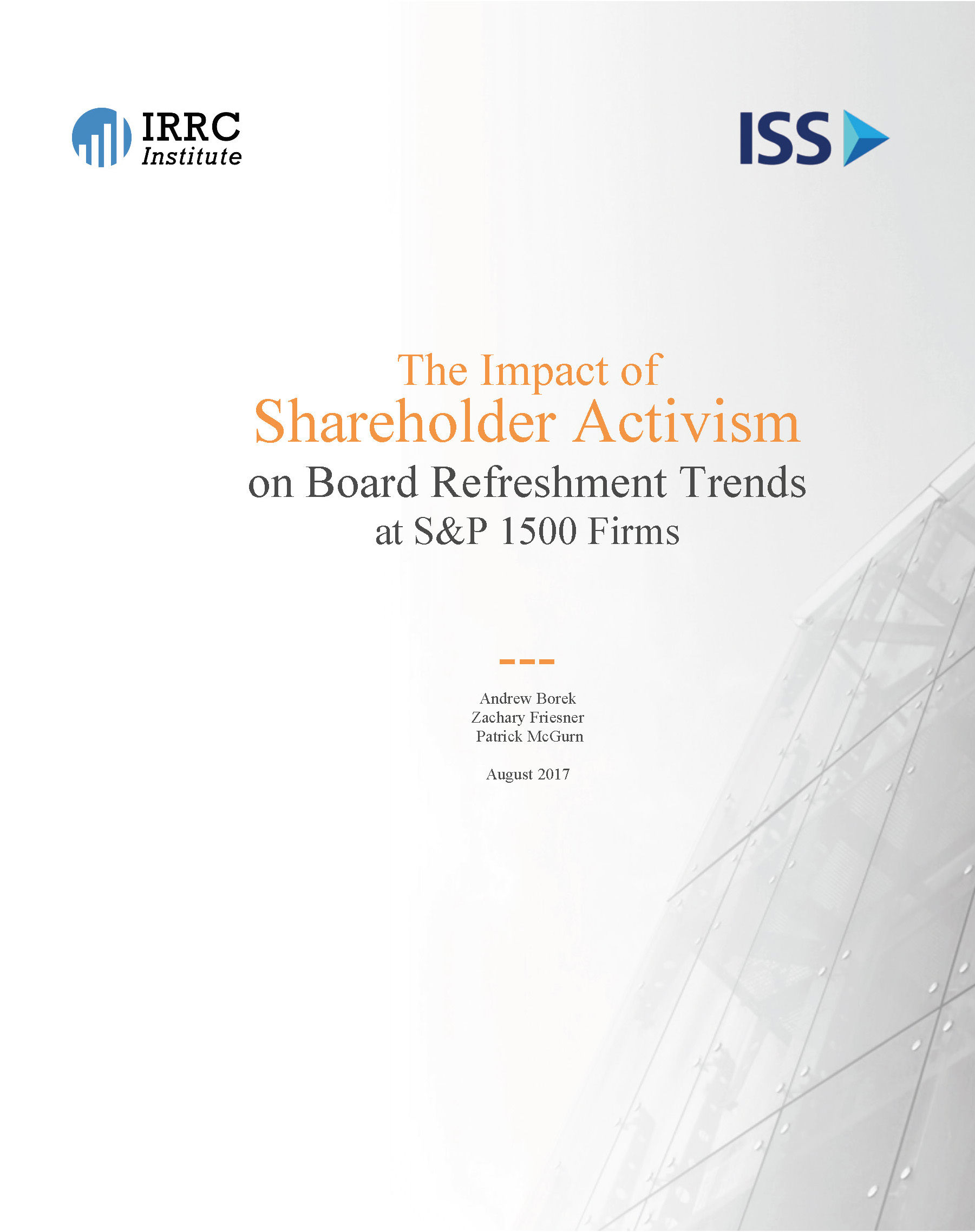 Lost  in  this  heated  long-­  versus  short-­term  debate  is  the  significant,  real-time  impact  that  such  activism has on corporate board membership and demographics. ISS identified a recent surge in its evaluation of refreshment trends at S&P 1500 firms between 2008 and 2016 (see Board Refreshment Trends at S&P 1500 Firms, published by IRRCi in January 2017). This accelerated boardroom turnover coincided  with  an  increase  in  activists’  success  in  securing  board  representation,  particularly  via  negotiated settlements. A recent study of shareholder activism by Activist Insights pegged activists’ annual U.S. boardroom gains at more than 200 seats in 2015 and 2016. While a significant portion of this activism was aimed at micro-cap firms, threats of fights have become commonplace even at S&P 500 companies in recent years.