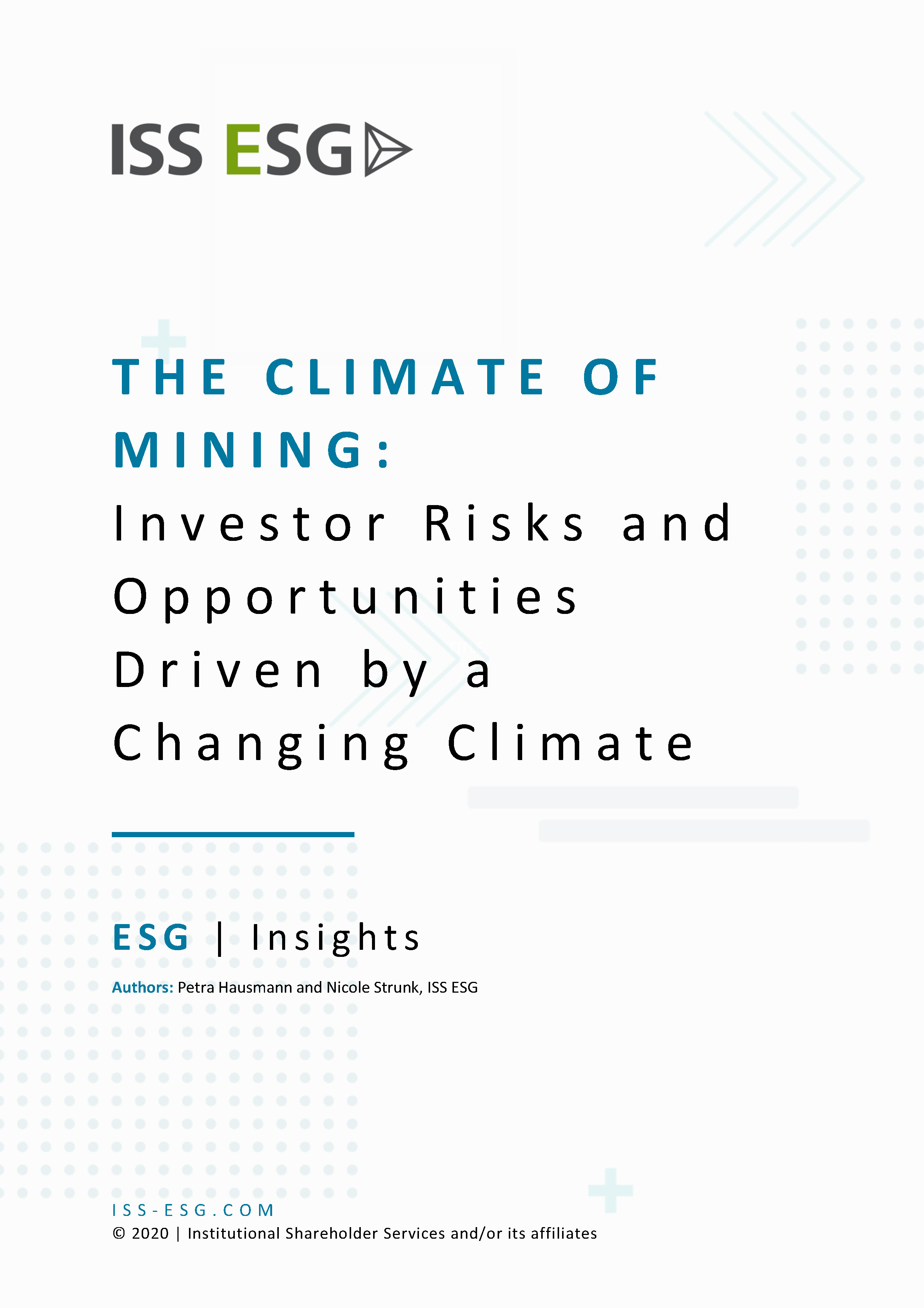 The Climate of Mining: Investor Risks and Opportunities Driven by a Changing Climate

In January 2020, BlackRock, the world’s largest asset management corporation, announced to set sustainability as its “new standard for investing.” In his annual letter to CEOs, Larry Fink, CEO of BlackRock, states that climate change “has become a defining factor in companies’ long-term prospects,” and believes that “we are on the edge of a fundamental reshaping of finance.”

A couple of days later at the World Economic Forum Annual Meeting in Davos, one topic was brought to center stage: climate change. Both examples clearly illustrate that the topic has gained high prominence on the international finance agenda.