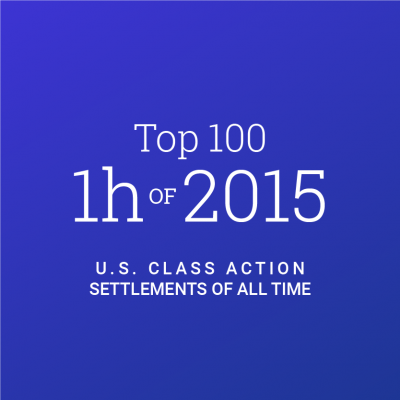 Out of the five settlements, four were filed in the federal courts during the midst of the financial credit crisis, while one was filed in the state court relating to the company’s private sale transaction. Two of the five were alleged violating Rule 10b-5 of the Securities and Exchange Act of 1934 (Employment of Manipulative and Deceptive Practices) while three were alleged violations of the Securities Act of 1933 (Civil Liabilities on Account of False Registration Statement). Two of the five settlements relate to Generally Accepted Accounting Principles and have restated their financial during the relevant periods. Of the five settlements, two were identified in the S&P Index.

One SEC initiated settlement placed in the Top 30 SEC Disgorgement amounting to $200 Million.