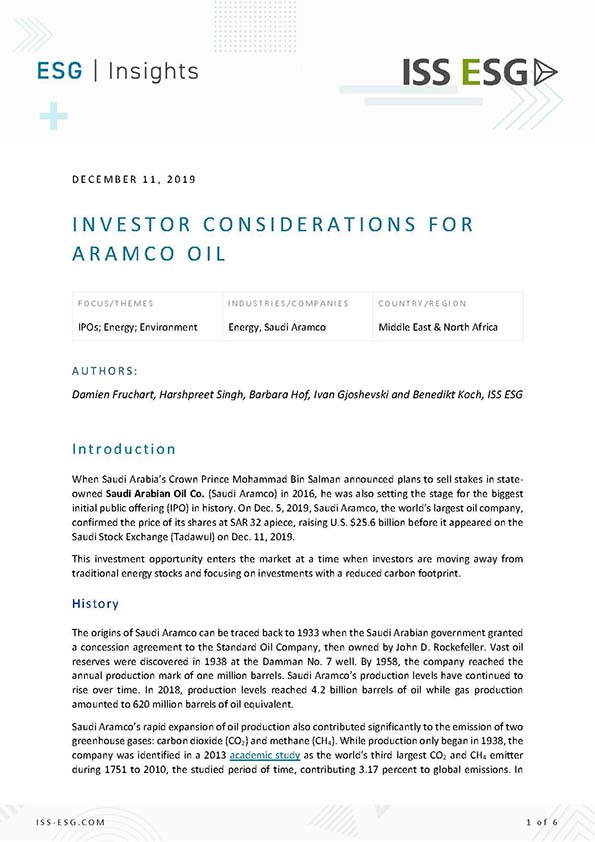 When Saudi Arabia’s Crown Prince Mohammad Bin Salman announced plans to sell stakes in state-owned Saudi Arabian Oil Co. (Saudi Aramco) in 2016, he was also setting the stage for the biggest initial public offering (IPO) in history. On Dec. 5, 2019, Saudi Aramco, the world’s largest oil company, confirmed the price of its shares at SAR 32 apiece, raising U.S. $25.6 billion before it appeared on the Saudi Stock Exchange (Tadawul) on Dec. 11, 2019.

This investment opportunity enters the market at a time when investors are moving away from traditional energy stocks and focusing on investments with a reduced carbon footprint.