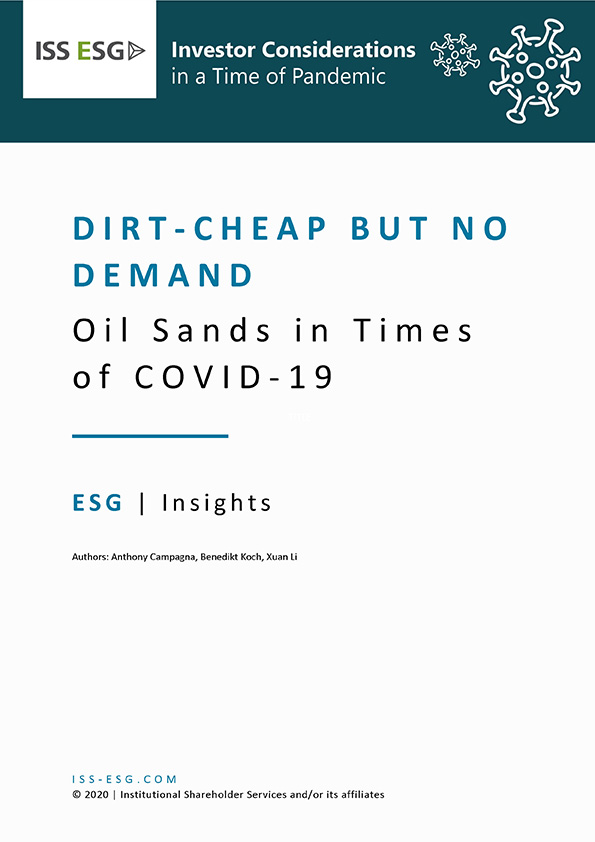 Investment Implications of Pandemic Risk for the Oil Sands Industry

As governments across the world have imposed measures, including lockdowns, in response to the coronavirus pandemic, demand for crude oil has significantly fallen. Despite the agreement to cut production between OPEC members and non-member allies Russia and Mexico, oil prices continued to collapse, reaching historic lows on April 20, 2020. Many future contracts for the U.S. crude benchmark West Texas Intermediate (WTI) dropped to -$37 a barrel, while the international benchmark, Brent crude, fell below $20 a barrel the day after (January 2020: $60).

Canada’s oil sand deposits in the province of Alberta are estimated to hold the third largest oil reserves in the world, accounting for 96 percent of Canada’s proven oil reserves. With 84 percent of Canada’s crude oil production bound for the U.S., it comes as no surprise that Canadian oil prices also took a heavy hit. Western Canadian Select (WCS), a Canadian heavy crude oil blend created from oil sands, which is traded at a discount based on the WTI average, also went negative at -$3.8 on April 21.