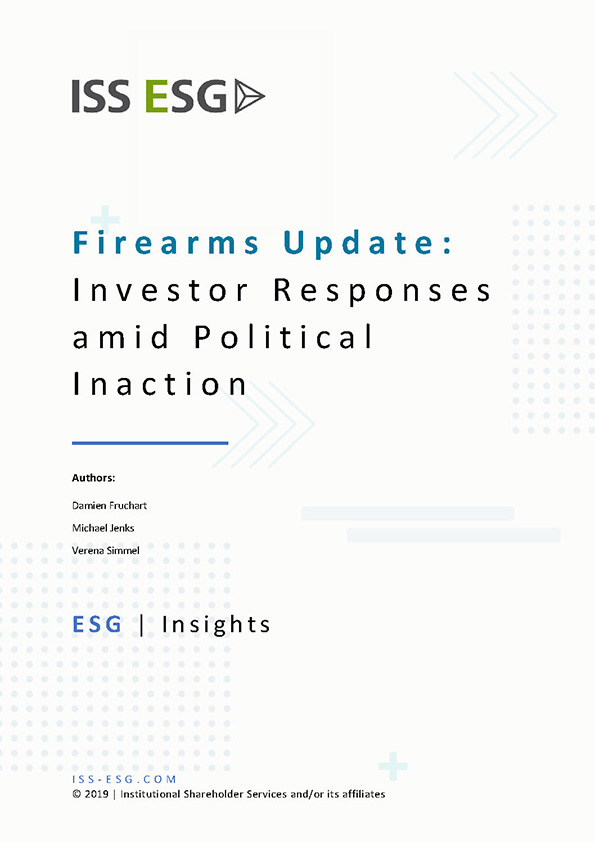 During the first weekend of August, the United States (U.S.) again experienced two deadly mass shootings, the first one taking place in a Walmart store in El Paso, Texas, the second in the Oregon Historic District in Dayton, Ohio. The shootings, which occurred within less than 24 hours of each other, left 32 people dead and dozens more injured. In the wake of these events the issue of gun violence and gun control has once more become a focal point of public debate in the U.S., which, according to the Gun Violence Archive, already experienced more than 270 mass shootings, defined as a shooting incident where four or more people (not including the perpetrator) are shot or killed, since the beginning of 2019. As of today, three weeks after the shooting in Dayton on August 4, 2019, a further 25 mass shootings have taken place across the U.S.

This article provides an overview of investor and corporate responses to increased public pressure in relation to gun violence amid political deadlock concerning policy measures.