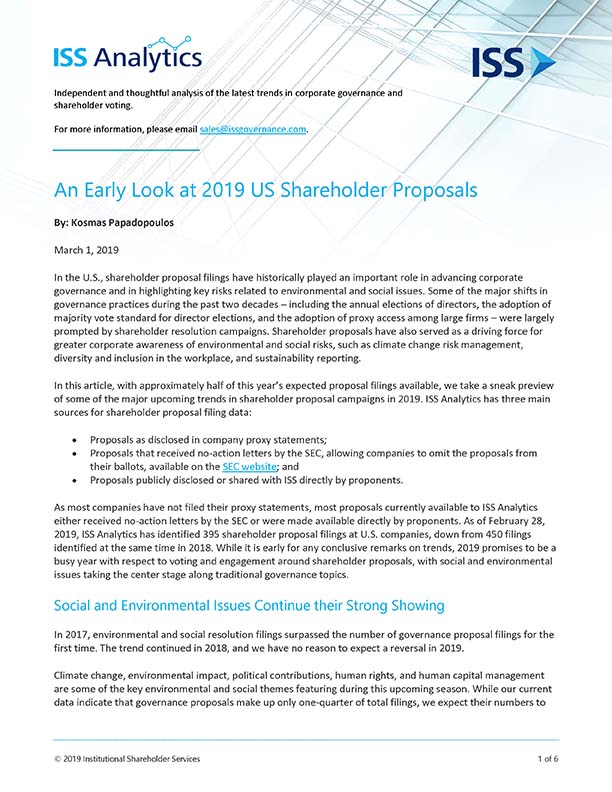 An Early Look at 2019 US Shareholder Proposals

In the U.S., shareholder proposal filings have historically played an important role in advancing corporate governance and in highlighting key risks related to environmental and social issues. Some of the major shifts in governance practices during the past two decades – including the annual elections of directors, the adoption of majority vote standard for director elections, and the adoption of proxy access among large firms – were largely prompted by shareholder resolution campaigns. Shareholder proposals have also served as a driving force for greater corporate awareness of environmental and social risks, such as climate change risk management, diversity and inclusion in the workplace, and sustainability reporting.

In this article, with approximately half of this year’s expected proposal filings available, we take a sneak preview of some of the major upcoming trends in shareholder proposal campaigns in 2019.