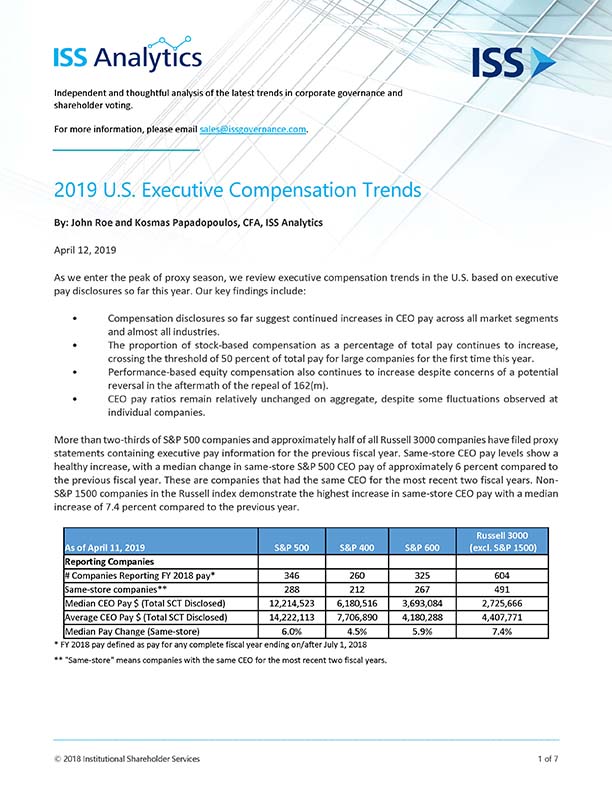 As we enter the peak of proxy season, we review executive compensation trends in the U.S. based on executive pay disclosures so far this year. Our key findings include:

More than two-thirds of S&P 500 companies and approximately half of all Russell 3000 companies have filed proxy statements containing executive pay information for the previous fiscal year. Same-store CEO pay levels show a healthy increase, with a median change in same-store S&P 500 CEO pay of approximately 6 percent compared to the previous fiscal year. These are companies that had the same CEO for the most recent two fiscal years. Non-S&P 1500 companies in the Russell index demonstrate the highest increase in same-store CEO pay with a median increase of 7.4 percent compared to the previous year.