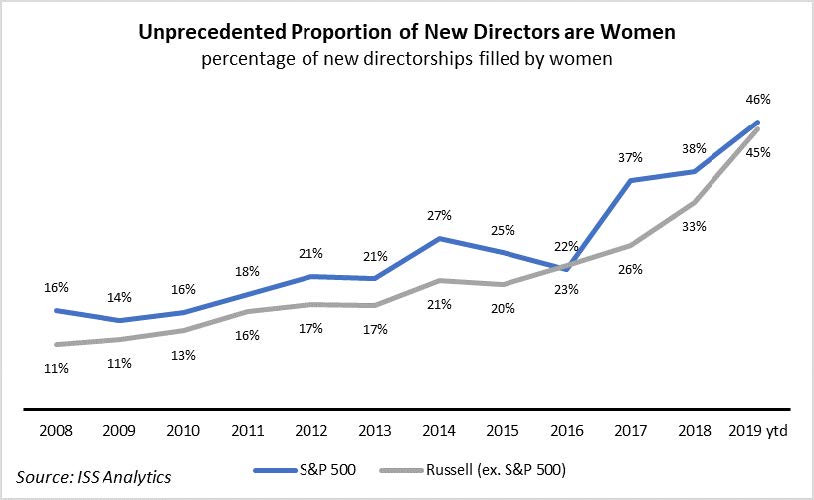 As the U.S. annual shareholder meeting season is coming to an end, we review the characteristics of newly appointed directors to reveal trends director in nominations. As of May 30, 2019, ISS has profiled the boards of 2,175 Russell 3000 companies (including the boards of 401 members of the S&P 500) with a general meeting of shareholders in 2019. Based on our review of 19,791 directorships in the Russell 3000, we observe five major trends in new director appointments for 2019, as outlined below.